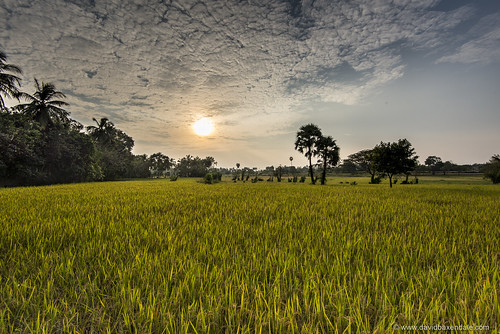 In “God’s Own Country” flickr photo by www.davidbaxendale.com shared under a Creative Commons (BY-ND) license

A difference between the covering algorithms in comparison with recursive divide and conquer decision trees is that, in the multi class case, a decision tree split takes all classes into account, trying to maximize the purity of the split, whereas the rule-generating method concentrates on one class at a time, disregarding what happens to the other classes.

The PRISM method for constructing rules. It generates only correct or “perfect” rules. It measures the success of a rule by the accuracy formula p/t. Any rule with accuracy less than 100% is “incorrect” in that it assigns cases to the class in question that actually do not have that class.

The outer loop iterates over the classes, generating rules for each class in turn. Note that we reinitialize to the full set of examples each time round. Then we create rules for that class and remove the examples from the set until there are none of that class left.  Whenever we create a rule, start with an empty rule (which covers all the examples), and then restrict it by adding tests until it covers only examples of the desired class. At each stage choose the most promising test, that is, the one that maximizes the accuracy of  the rule. Finally, break ties by selecting the test with greatest coverage.

Methods such as PRISM can be described as separate-and-conquer algorithms: you identify a rule that covers many instances in the class (and excludes ones not in the class), separate out the covered instances because they are already taken care of by the rule, and continue the process on those that are left. This contrasts nicely with the divide-and-conquer approach of decision trees. The separate step greatly increases the efficiency of the method because the instance set continually shrinks as the operation proceeds.

Computer science student at ITESM View all posts by enroblog